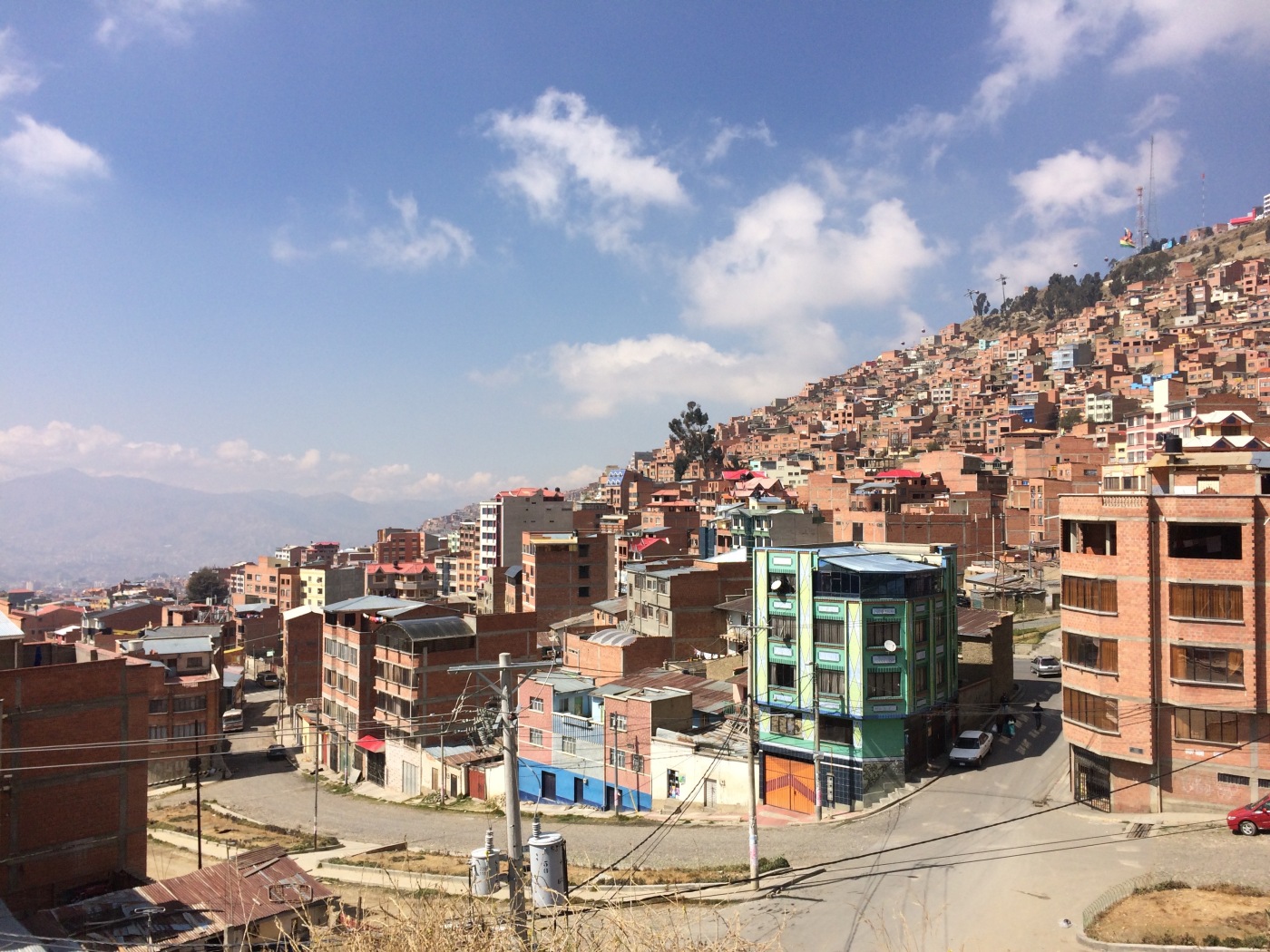 Avenida Kollasuyo is in the North of La Paz, just above the city’s General Cemetery, and just below the neighbouring city of El Alto.  The avenue is a main transport connection between La Paz, El Alto and the countryside beyond, and, although it is generally perceived as a humble area, in recent years it has experienced an increase in wealth and property values.  Some of the residents here remember when it used to be a dairy farm back in the 1950s, and that when they first built their houses the area was fields and trees.  They saw the neighbourhood develop into a hub for transport services and car mechanics, and during the day the avenue is full of trucks and coaches getting serviced at the numerous garages there.  The area has also become known for traditional Andean fiestas – which are crucial to understanding how capital and trade work in this area.  There are numerous brightly coloured and strikingly designed ballrooms along Avenida Kollasuyo, in an architectural style that has been termed ‘Andean pyschedelic baroque,’ and associated most strongly with constructor Freddy Mamani.

The popularity of traditional fiestas and the wealth of the Aymaran bourgeoisie have led to increased demand for Aymaran fashion – the distinctive pollera of the Chola Paceña. Avenida Kollasuyo, in particular the area closest to the Cementerio market has long been known for textiles and costumes.  With this rise in demand, there is now a cluster of galleries and boutiques where one can rent or buy dance costumes and polleras in this area.  One of the most famous designers of pollera fashions, Eliana Paco Paredes, who has shown her designs internationally, had her first store in Avenida Kollasuyo.